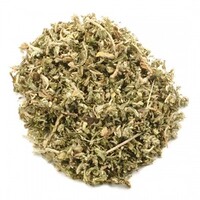 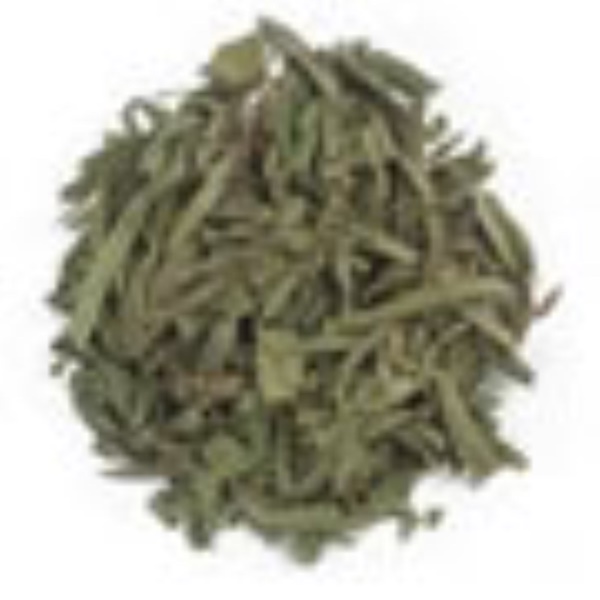 This minty green, aromatic perennial is a member of the sunflower (Asteraceae) family. Its genus name Artemisia comes from the Greek goddess of the moon, Artemis, perhaps because the plant's silvery color makes it look like it's in the moonlight. The species, dracunculus, is a Latin reference to the root, which was believed to look like a dragon (and cure bites from beasts!). It's also known as estragon, French for "little dragon". Even the common name, derived from the Arabic tarkhum (for "little dragon"), describes the root's appearance. A relative of wormwood, the plant grows from two to six feet and has long, narrow, pointed leaves.

French (or German) tarragon is not the same as Russian tarragon. Russian is easier to grow but has a bitter, inferior flavor.

The warm, delicate flavor of tarragon is popular in many cuisines, particularly French. Use this organic tarragon to heighten the flavor of other herbs and add a distinctive touch to sauces, salads, dressings, eggs and fish dishes. Tarragon also complements mushrooms, tomatoes and poultry. The ancient Greeks used tarragon to treat toothaches--understandable since it contains eugenol, a constituent of the anesthetic clove oil.

Tarragon is thought to have been introduced to Spain in the mid 1100s by the invading Mongols. It's mentioned by an Arabian herbalist in the 13th century as a seasoning, breath freshener, and sleep inducer. St. Catherine brought tarragon to France during her visit to the pope in the 14th century, and Catherine the Great is credited with introducing it to Russia in the 17th century. The French Queen Marie Antoinette reputedly required her lady-in-waiting to wear kid gloves while picking tarragon leaves to marinate in lemon juice each morning. According to the Medieval Doctrine of Signatures (in which a plant's appearance and use are linked), tarragon-- whose roots are serpent like-- cured snakebites. Tarragon was cultivated in the late 1500s in England, then in America by the early colonists who brought it along for their kitchen gardens.

Tarragon's taste fades a bit during cooking, so as a general rule you'll want to add it near the end of a dish that will be cooked.

The warm, sweet, minty/anise flavor and aroma of tarragon is popular in many European cuisines, but particularly French. You'll find it in French sauces like béarnaise, rigavote, and tartare. It's also commonly used in alcoholic and non-alcoholic beverages, pickles, meat and poultry dishes, frozen dairy desserts, mayonnaise, and Dijon mustard. A good companion seasoning, tarragon is used in blends like fines herbes, bouquet garni, and herbs de Provence.

Use tarragon to heighten the flavor of other herbs and add a distinctive touch to sauces, salads, and dressings. Tarragon's earthy green taste also complements mushrooms, tomatoes, eggs, fish, and poultry. It makes delicious herb butters, vinegars, and mustards.